You are here: Home > Downtown Orlando Fireworks at the Fountain for the 4th of July 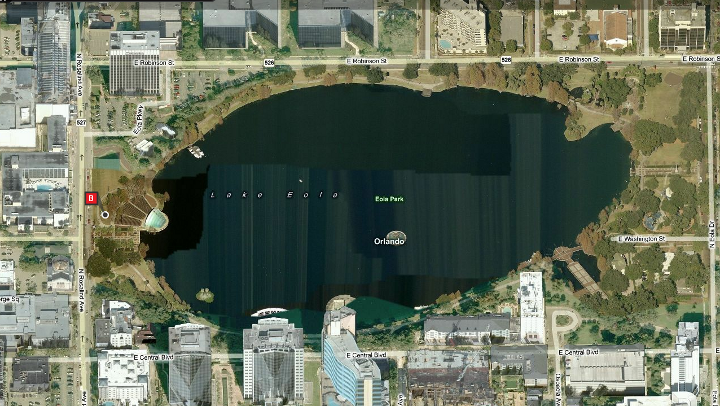 Downtown Orlando has one of the most popular 4th of July fireworks shows during the Independence Day holiday with a great setting over Lake Eola. There are a lot of areas to setup a sheet, blanket, or chairs around the lake that features fireworks set to music and a patriotic firework fountain light show beforehand. The Downtown Orlando fireworks show is also shown on the local CBS affiliate WKMG and also on clickorlando.com. The fountain show begins at 9:10pm with fireworks starting immediately afterwards.

Make sure to give yourself plenty of time to get to Lake Eola. Activities for the 2022 event start at 4pm and include activities for children, live music, the Lake Eola Park playground, Swan Boats on the lake, and food and beverages available for purchase. Live music starts at 5pm at the Walt Disney Amphitheater.